15 things we bet you don't know about the London Underground 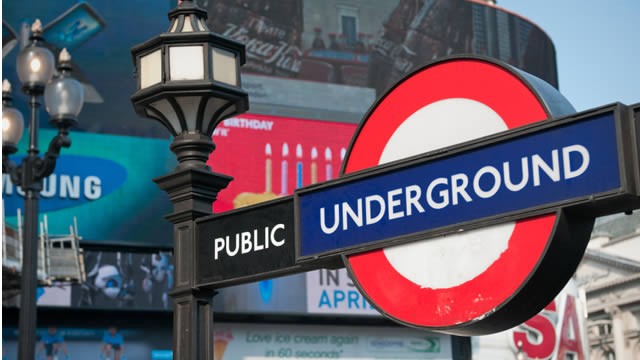 You may have been a little surprised, and an equal part amused, by our previous ACE-FX article: 15 things we bet you don’t know about the UK. But what about the London Underground? How well do you really know it? And what about its history – think you’ve got that down?

We think you might not know the Tube as well as you’d expect – at least not all it’s facts, figures and strange historical occurrences. So here we go: 15 things we bet you don’t know about the London Underground.

The moving wheels of History

The London Underground began in the 19th century – 1863 to be exact – with gas-lit wooden carriages, powered by steam locomotives. During the beginning of the 19th century London had grown rapidly: it was a bustling, hustling hub of activity and the streets were full of carts, cabs and omnibuses. The development of a class of commuters arriving by train each day led to traffic congestion in the city.  The first tube lines were proposed as a better means to get people to the various train stations – and rid the streets of some of the carts and people.

Initially, there was little interest. But once the first line – running from Paddington to King’s Cross – was opened, it was hailed as an immediate success. The first 12 months saw 9.5 million passengers carried on London’s first underground rail.

Originally, different companies managed and operated different lines. In the early 20th century, under a joint marketing agreement to promote travel on the underground railways, UNDERGROUND signs appeared outside stations in Central London. From then on, the London Underground stuck.

In attempts to make tube journeys more pleasant, and a little less smelly, the London Underground launched a fragrance called Madeleine. It was to be sprayed on the floor and released by commuters feet. Unfortunately, on a trial run at St James's Park station, it was unanimously rejected by commuters. Seems people preferred the au naturale London tube scent. But we’d like to give the Underground an A* for effort.

Over 49 stations have been abandoned or are no longer in use along the underground railway network. One of these is called the “British Museum” and stands between Tottenham Court Road and Holborn, inactive since 1932. Another ghost station is called Down Street, and was used by Winston Churchill as a bunker in WWII.

And that’s NOT including the Overground. We feel cheated.

The collection of weird and wonderful things left on the tube include a jar of bull semen; an outboard motor; three dead bats in a container; a 14-foot-long boat; a vasectomy kit; breast implants, false teeth and a surprising number of prosthetic limbs; a stuffed eagle and a four-feet-tall Mickey Mouse statue. There was also a mislaid urn containing the ashes of a dead man that was reunited with his brother five years after it was lost. And who said lost property jobs were boring?

The shortest distance between two stations is a mere 260 metres. This is the tube journey between Leicester Square and Covent Garden, which takes around 20 seconds in total. It also happens to be one of the most popular journeys with tourists. It costs a humble £4.90.

It’s common knowledge that many tube stations were used as bomb shelters during the World Wars. But the Central lines role remained an official secret until it was revealed in the 1980s: during WW11 it was transformed into a fighter aircraft factory, stretching over two miles, with its own railway system.

We’re not sure how else to say this, but… that’s halfway to the sun.

Prior to this, certain carriages were designated smoking areas. The Underground attempted to ban smoking when the tube was first opened, but this was largely ignored by the public and fought with claims that you needed the smoke to cover up the worse smoke of the steam engines… a strange logic. In the 1870s passengers were officially allowed to smoke in certain carriages. Smoking on the tube became so commonplace that in 1932 there was a tobacco exhibition on the Underground and vending machines selling cigarettes. While some people lamented the eventual official ban, it was most probably a good thing…

Not all that surprising. Some say 20 minutes on the Northern Line is the equivalent to smoking a cigarette. On behalf of the many daily commuters, let’s hope not.

In 1909, Selfridges set out a rather aggrandising campaign to rename Bond Street as Selfridges. Evidently, it was rejected.

The current record holders of the Tube Challenge are Ronan McDonald and Clive Burgess, who visited every single tube station in just 16 hours, 14 minutes and 10 seconds in February 2015.

More than 1,000 bodies are buried beneath the station on the Circle and Metropolitan Lines. Spooky.

The London Underground is not only home to commuters and ghosts, but a good number of mice too. An estimated 500,000 mice live in the tunnel networks – and surprisingly, they’re joined by mosquito inhabitants, too.

In 1969, Elizabeth II commemorated the opening of the Victoria tube line by driving one of the new trains from Green Park to Oxford Circus. It was only her second ever ride on the Underground, the first being when she was 13 and accompanied by her sister and governess.

The auditions and testing processes for the different announcement voices were taken very seriously, and it took over 18 months for them to choose. There was much discussion over how “Marylebone” should be pronounced. And, in an interesting twist, one of the voices that often advises you to “mind the gap” is actually from up North, despite the “proper” English accent.

Share this
Next article: 5 of the ultimate sailing holiday destinations