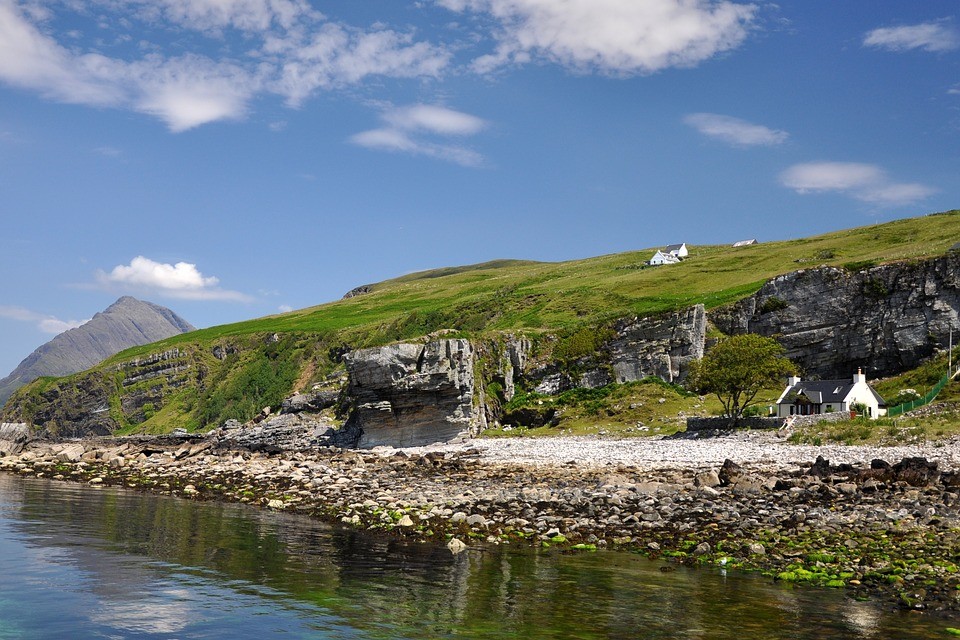 The places on our home porches are often the ones that we neglect the most. A tourists view of a place in the world can thus often be refreshing, particularly when it’s of a place we think we know well.

How many of us have travelled extensively through Europe? And wider - to Asia, Latin America, even the furthest possible distances, to the Pacific Islands or New Zealand? Yet, with this far-flung, exotic travel, we often forget that we have some exploring to do at home too.

Take me. I have travelled all over the world - to over 20 countries - and yet I have never been to Scotland, only briefly to Wales, and not once to Ireland either - three places that are only a couple of hours of travel from my home and undeniably hold their own set of mysteries and joys for me to discover.

More often that not, it is tourists who regale me with the wondrous experiences they’ve had across the UK - climbing the white-tipped ridges of the Snowdon mountain in Wales; drinking guinness at a rowdy Irish pub with locals; searching for the fabled Loch Ness monster in the steely Scottish loch.

So, without further ado, I bring you the ACE-FX Great Britain Series: exploring the rich variety of the UK’s landscape and people. Let’s start exploring some of the majestic places on our doorsteps.

Scotland harbors some of the largest stretches of wilderness still remaining in the UK. While we wait for the next vacation to go on a long hike or a chance to witness natures finest, Scotland has its own array of spectacular lush, green spaces, and the wild life to match.

Watch golden eagles soar over the lochs and mountains of the Northern Highlands; catch otters tumbling along the shores of the Outer Hebrides; glimpse minke whales as they dance and flirt in the cerulean waters off the coast of Mull.

Scotland’s a place for adventure. Sea-kayak among the seal-fested isles of the Outer Hebrides; white water raft down the winding River Tummel; hike the stunning tundra plateaus of the Scottish Highlands.

In a land of fairy-tale castles and breathtaking scenery, why would you not take the chance to live like a King or Queen for a few days?

Fonab Castle, once used as a military hospital during WW11, has since been transformed into a boutique hotel. With sandstone turrets, sweeping views of the surrounding landscape and access to the Loch Faskally, this could be your perfect Scottish hide-out.

Liberton Tower, not far from Edinburgh, is a 15th century tower where you can play “King of the castle.” Think heavy oak furniture and panelled walls, slit windows and four-poster canopy beds.

Looming above Edinburgh city is the mound of a dormant volcano: Arthur’s Seat. There are a number of walking tracks winding across its surface and many hidden wonders waiting to be found, from the ruins of an old fort to a 15th century chapel. Grab a picnic from the city, climb to the summit and enjoy majestic views as the sun sinks over the city.

Travelling by train is one of the best ways to take in the beauty of Scotland. Board a steam train and chug across the world-famous 21-arched Glenfinnan Viaduct. Or tour the Scottish landscape on a Highlands train, from Fort William to Mallaig, Inverness to Kyle of Lochalsh.

Scotland is up there competing with the best restaurants in Europe for sumptuous meals. An effort to use top-quality local produce means you can feast on the freshest seafood, eat beef raised on Scottish land, and savor vegetables grown in organic gardens. Of course, if we’re truly talking about the “taste of Scotland”, you’ll have to throw in a dram of single-malt whisky - as rich and evocative as Scottish culture itself.

Scotland is a land with a rich, multi-layered history; every corner holding some remnant or pointer to the past. Hundreds of castles and fortresses, ancient battlefields and historical locations testify to Scotland’s complex and turbulent past.

Museums such as Dundee’s Discovery Point and Glasgow’s Kelvingrove celebrate the influence of Scottish explorers, engineers, artists, writers and inventors in shaping the modern world.