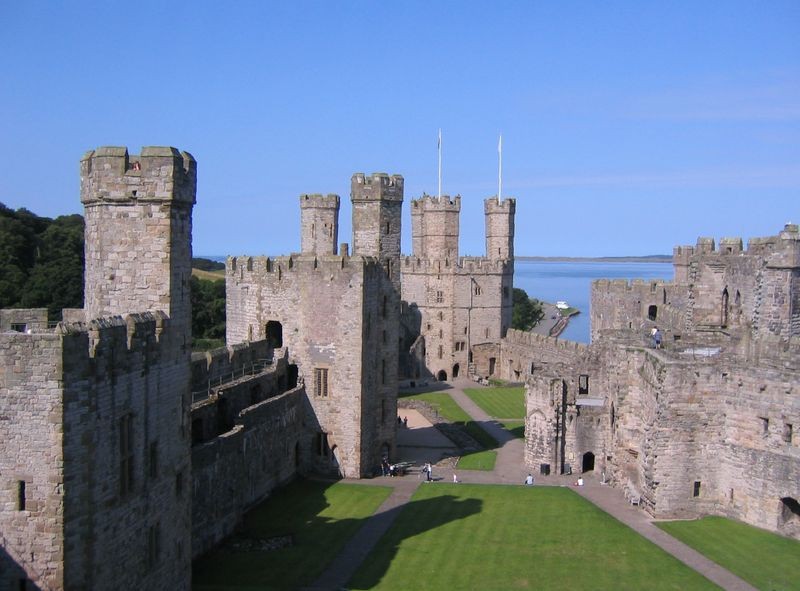 Ah Wales! The land of gothic medieval castles, wild national parks and those distinct Welsh accents. Whether you’re looking for the perfect short-break destination, or a more extended adventure, Wales is sure to charm and beguile even the aloofest of travellers.

Castles are so numerous across Wales that you could devote an entire holiday solely to their exploration. There are over 400 spread across the landscape, each with their own tales and mysteries.

For the sake of modern-day attention spans, we shall list only a few of our favourites.

Majestic Caernarfon Castle, was built between 1283 and 1330 as a royal place, government centre and military stronghold. It’s scale and design - then and now - is simply extraordinary. Today, it remains one of the most impressive and best-kept castles in Britain.

Simultaneously spectacular and forbidding, Pembroke Castle was the home of the earls of Pembroke for over 300 years and the birthplace of Henry VII. Step back into the past: climb 100 steps to the sinister Keep, peer into the dank corners of the Dungeon and investigate the eerie Wogan Cave.

2.) Amble the lanes of Cardiff

Cardiff in itself has plenty of things to keep a traveller busy, but it’s also a great spot to use as an exploring-base for wider Wales.

The Capital has charged into the 21st century as one of Britain’s leading urban centres. Explore its parks, admire its architecture and soak up Welsh history in the National History Museum.

And if you’re looking for the perfect place for a late-night boogie on your Welsh trip, look no further: with thriving pubs, music-venues and countless bars, the streets of Cardiff literally come alive at night.

If you think of Wales, it may be the white-tipped peaks of Snowdonia that first come to mind. This breathtaking mountain range, located in Gwynedd, consists of 14 majestic peaks over 3,000 feet high. It’s easy to understand why the mountains have featured so heavily in folklore.

Whether you catch a train to the summit of Snowdon to take in the views, or go on one of the many hikes in Snowdonia National Park - you won’t regret visiting this magical mountain-range.

Not too far from the seaside town Aberystwyth, Devil’s Bridge consists of three bridges spectacularly stacked on top of one another in a strange feat resembling a layer-cake. The oldest dates from the 11th century, the newest 1901.

Spanning the Rheidol Gorge, follow the trail by the waterfall and take in the views from the top bridge.

5.) Chug along the heritage railway lines

There is something impossibly romantic about taking a steam-train across the undulating Welsh landscape. Reach some of the most popular tourist attractions - mountains, seaside, castles - by jumping on the train and savor the stunning Welsh landscape as it flys by.

Share this
Next article: 5 of the Best Family Holiday Destinations