We are now running a limited service, you can find details throughout our website of how our services are currently operating. Thank you for your continued loyalty and support, stay safe.

For any questions or concerns, please email us info@ace-fx.com 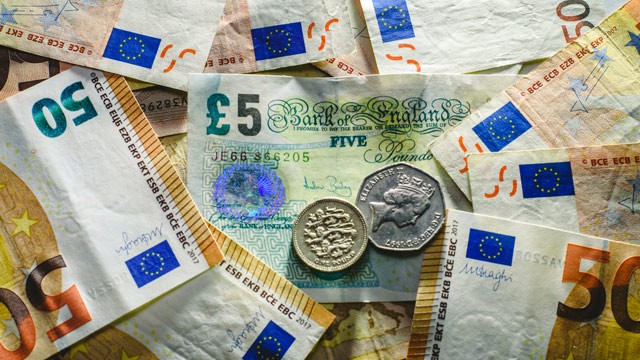 The pound had another resilient week last week, strengthening by an average of 1.9% against the other major currencies. This is despite the downgrade of Britain’s credit rating by Fitch. The pound’s strength can be attributed to the US Federal Reserve announcing billions of liquidity to stabilise the financial markets. With the UK economy so intrinsically tied to its financial services sector, sterling has seen some relief and gains despite market volatility. With the Fed announcing that it will allow central banks to exchange their holdings of US Treasury securities for overnight dollar loans, albeit it temporarily, sterling gained on majors.

Many of the ecostats reflect the UK economy pre-pandemic, so the far from gloomy figures will change in the coming weeks. The Bank of England’s (BoE) credit and mortgage approvals figures showed a six year high in February, and GfK’s index of consumer confidence weakened by two points to -9, a better showing than the forecast -15. But this was carried out in the first two weeks of March, so figures will surely worsen next month.

Interesting stats were released from the Office for National Statistics (ONS), comprehensively covering how UK businesses have been suffering because of the coronavirus pandemic so far. The stats show that many companies were already struggling in the two weeks before PM Boris Johnson announced enhanced movement restrictions and the closures of non-essential businesses. This has still been put down to social distancing, with economists are warning that activity for the UK could be down by 15% across the quarter.

It was not the same story for the euro, down by average of 1.1% against other majors, losing three and a third cents to sterling and two and a quarter US cents. The euro’s problem this week has been the inability of Eurozone members to agree on a collective fiscal stimulus scheme along the lines of those put in place by Britain, the United States and others. The Covid-19 mitigation effort in Euroland currently operates on national lines, with Germany pumping in €750 billion for Germany for example.

The European Central Bank is still doing the heavy lifting when it comes to Euroland fiscal stimulus. Last week it made its biggest ever asset purchase, buying €39 billion of financial instruments. The proposal which crops up the most is the debate on Coronabonds, joint issued debt underwritten collectively by EU member states. While nine countries, including France, Italy, and Spain support the idea when discussed at the recent European Council meeting, Germany and the Netherlands among others did not. Some argue that Coronabonds will happen eventually if no alternative is put forward, but such lack of decisiveness has punished the euro.

European data to note this week includes Spain’s retail sales, up by an annual 1.8% in February and inflation came in at a provisional 0.2% for March, down from 0.9%. The manufacturing PMIs from Spain, Italy, France and Germany scored between 45.4 and 40.3. Greece lost its place as the top performer and the Eurozone as a whole scored a below forecast 44.5. Difficulty in securing supplies however, with deteriorating lead times, means there could be worse data to come from a slump in manufacturing due to the pandemic. The European PMI’s sent the euro to drift lower, eventually losing four fifths of a cent to the US dollar and sterling, holding steady against the Swiss franc.

Share this
Next article: 6 Tips and Tricks on How to Travel for Less
Click & Collect Order online collect same day.
Pay on collection. HOME DELIVERY Free delivery across the UK
for orders of £750 or more. SELL YOUR CURRENCY Its a fact - we will pay you up to
8% more than the Post Office. PREPAID CURRENCY CARD The alternative to carrying cash.
Top-up online from anywhere.